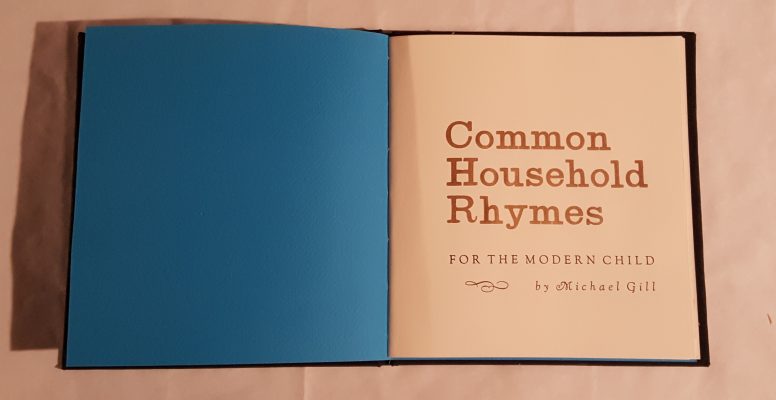 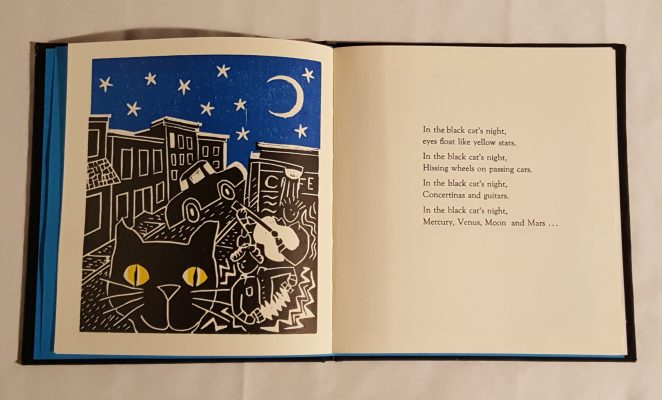 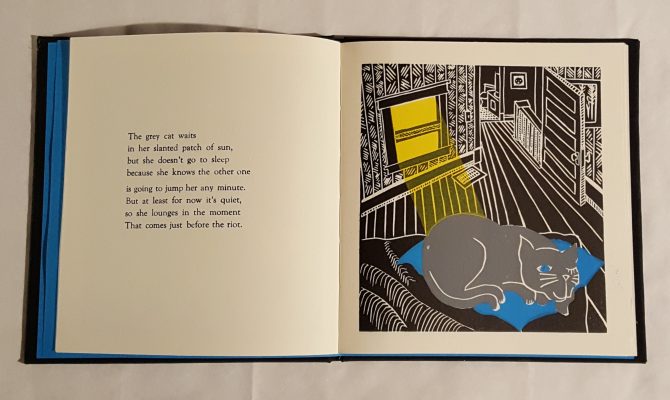 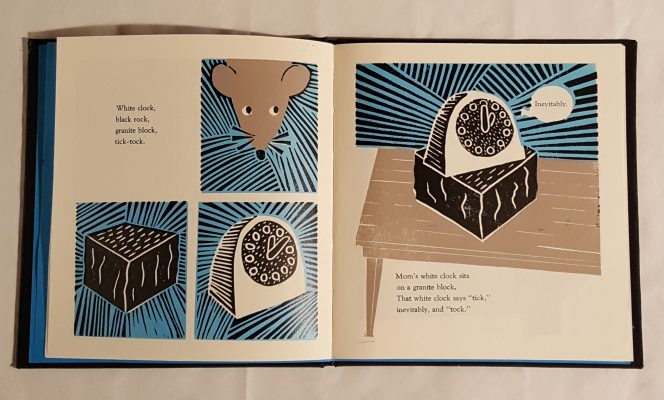 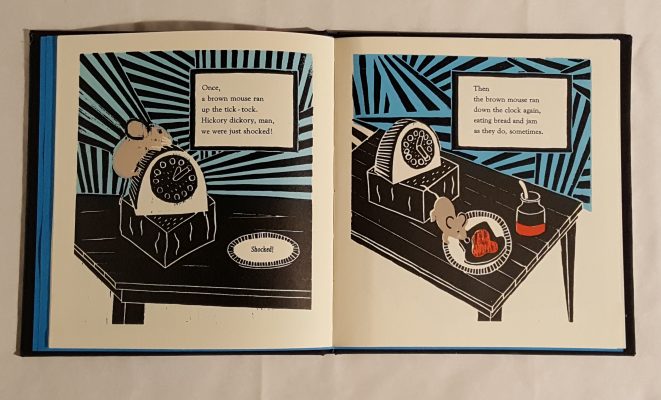 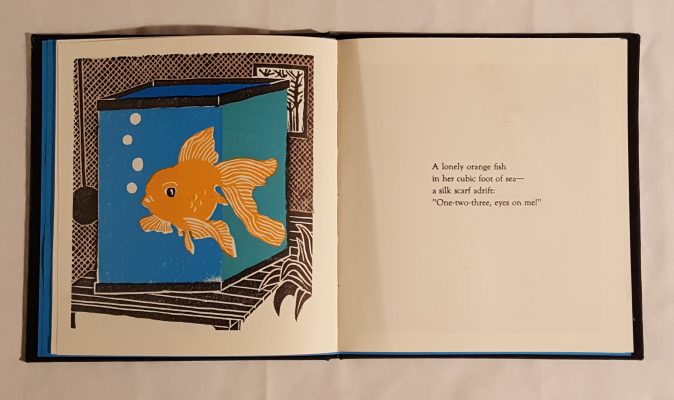 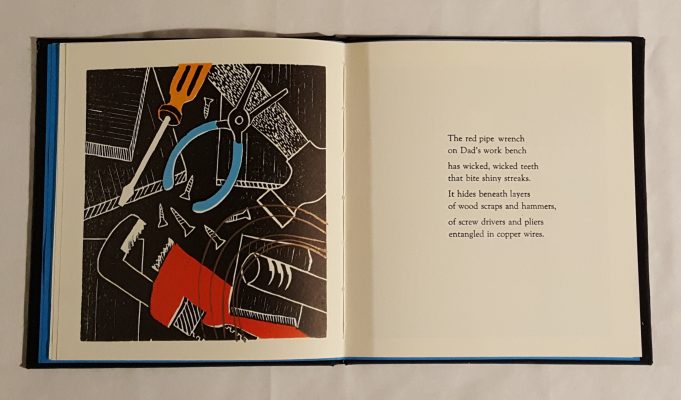 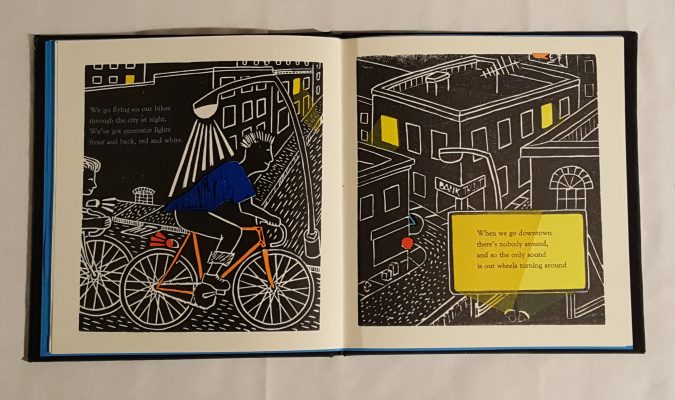 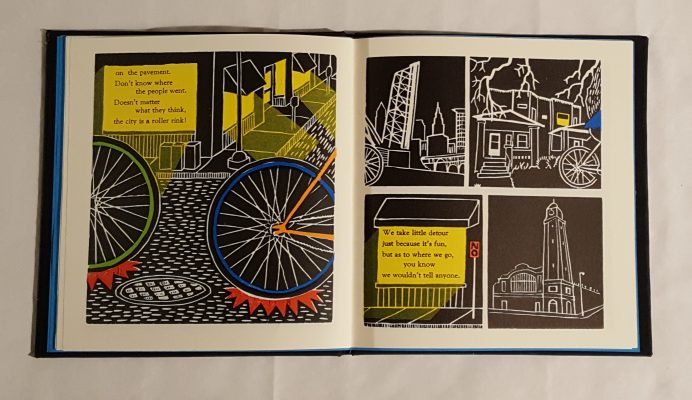 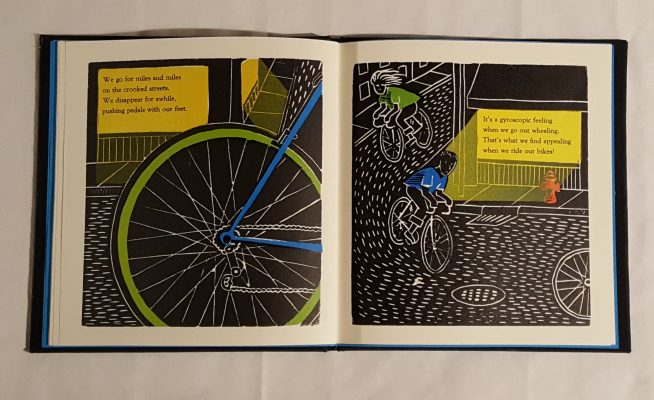 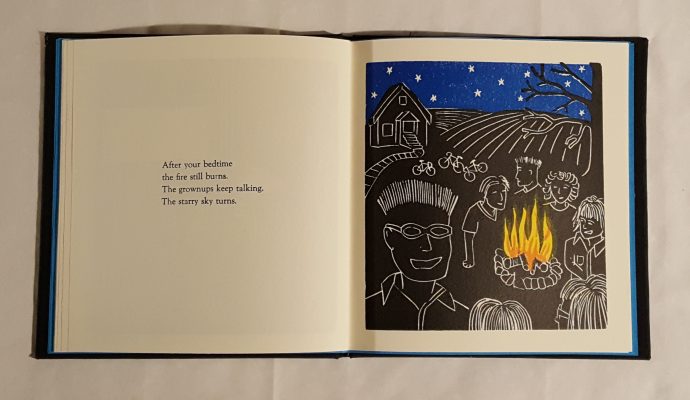 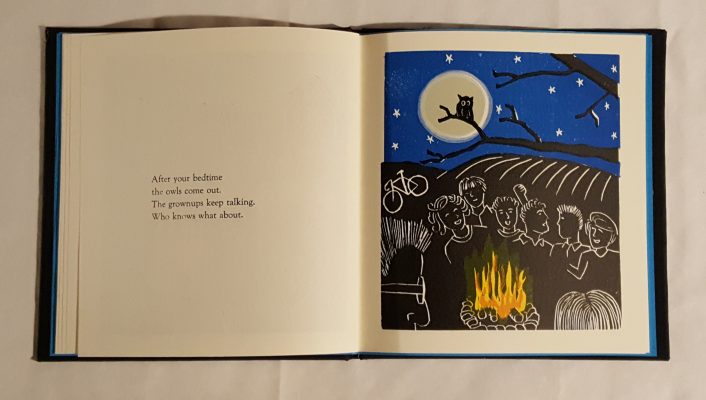 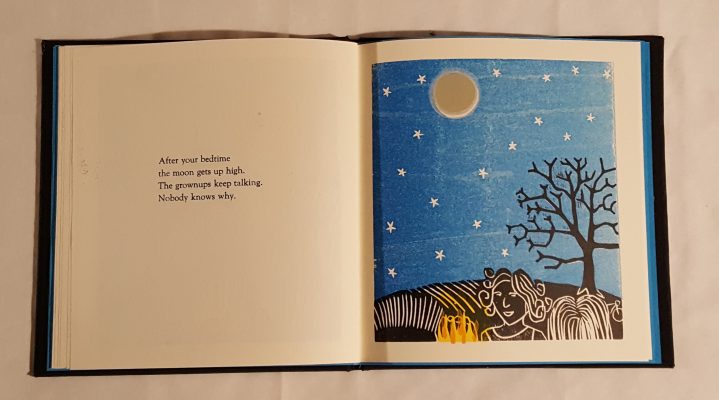 “Within each vignette, there is a strong sentiment about being in a space that is all yours. In this case, it is a city at night while riding a bike and wheeling through town without a care in the world. There is something relatable about the sensibility of a child, which might make some adult viewers yearn for one’s own childhood. In a sense, perhaps the “modern child” is an adult who wishes so badly for the simple cares of childhood that he becomes, if only for a moment, a child again.”    –Gretchen Ferber, Art Hopper

Common Household Rhymes is a collection of short rhymes dealing with the behavior of cats, the solitude of fish, riffs on familiar nursery rhymes, riding bicycles in the city at night, and the fact that adults get to stay up later than children do. The book was made using 74 wood blocks, eight linoleum blocks, and one block cobbled together of wood and copper wire. Text was set in Foundry type, including a title page of wood type believed to be more than 100 years old.