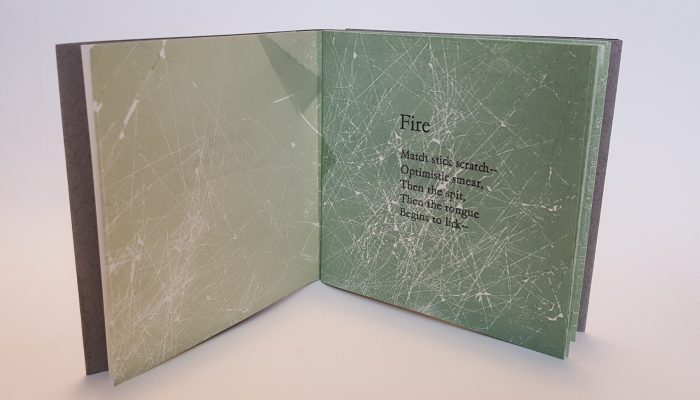 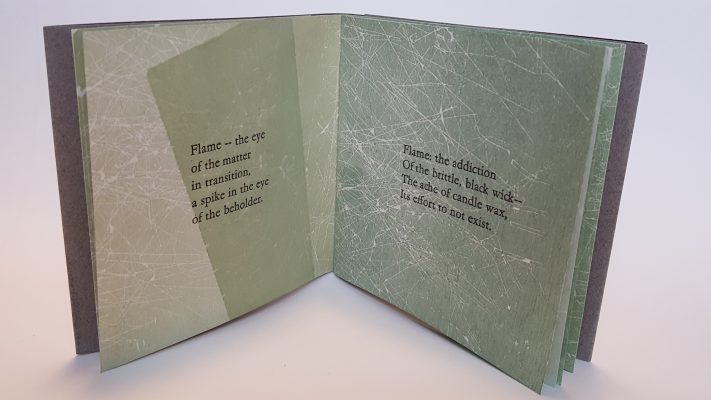 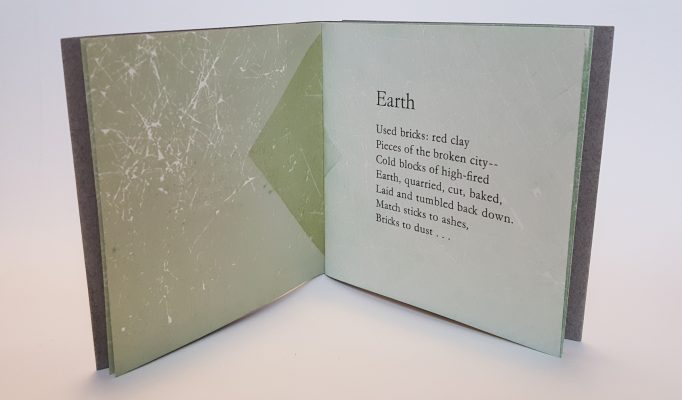 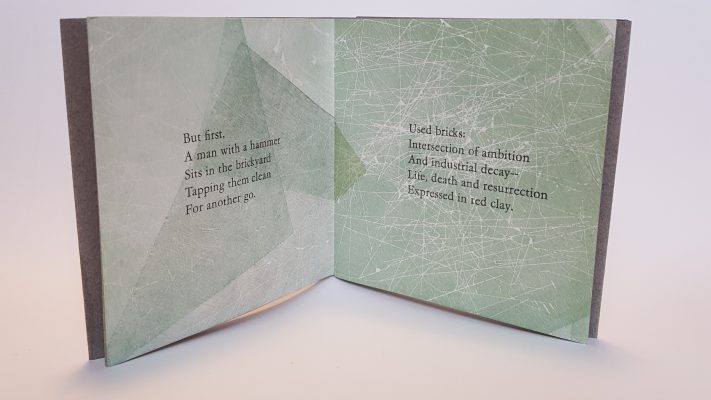 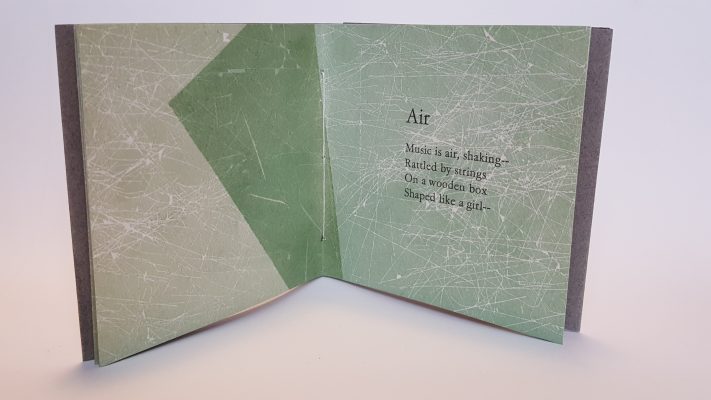 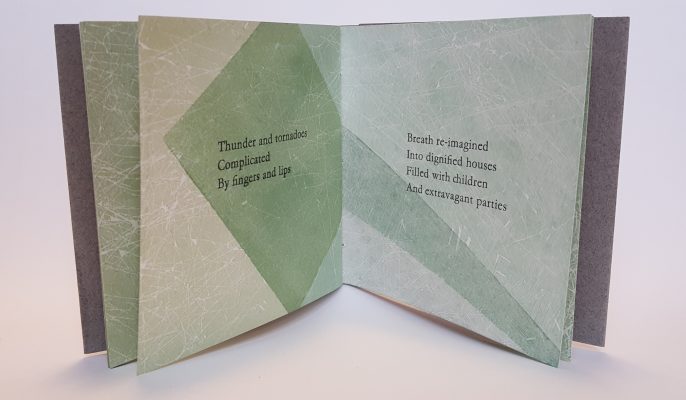 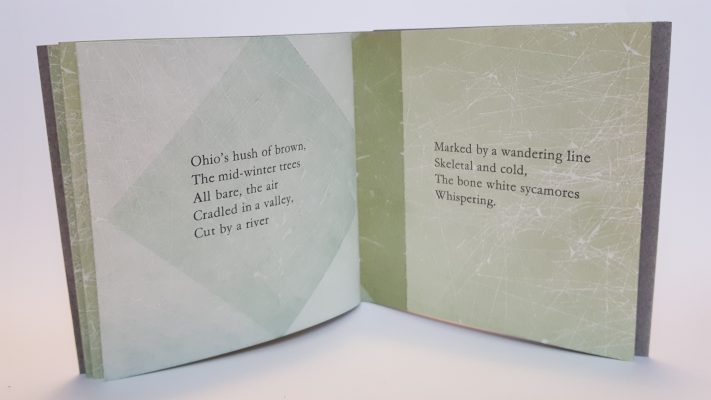 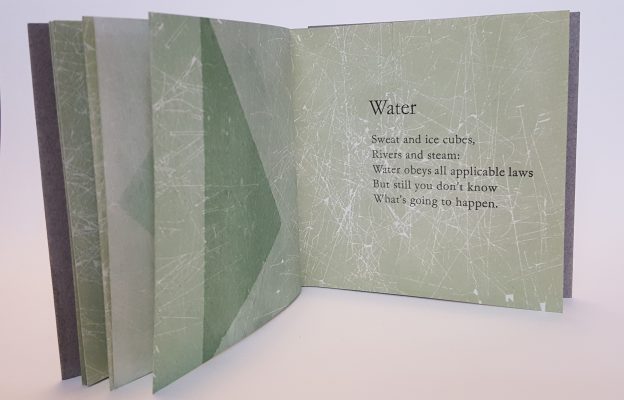 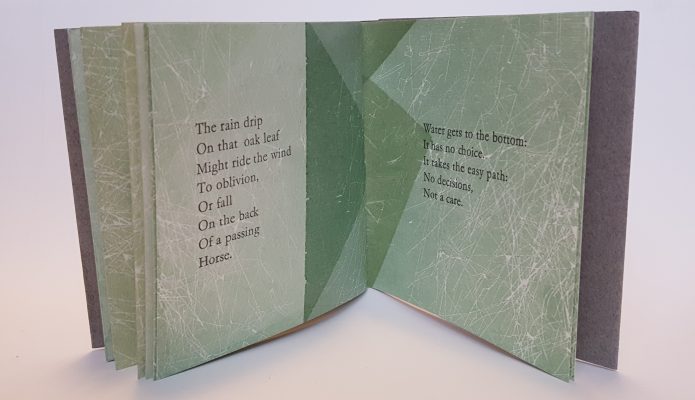 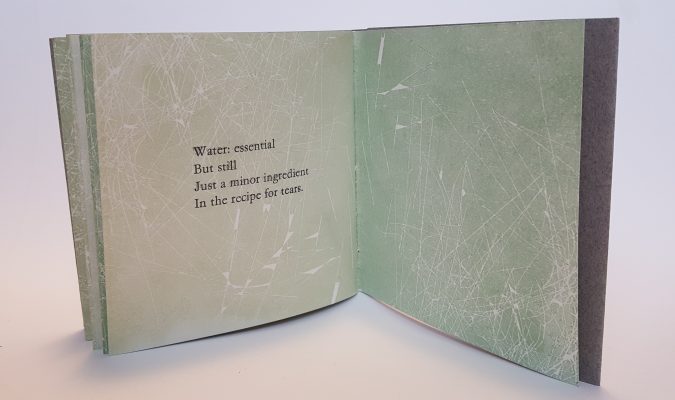 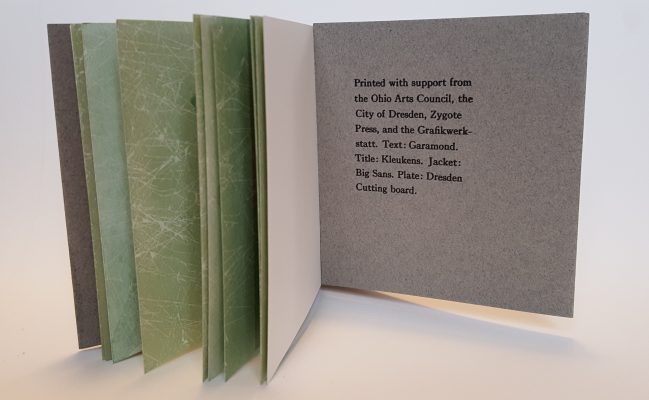 Elementary Science was written in 2007 but printed and bound in 2014 as part of a residency at the Grafikwerkstatt in Dresden Germany, with support from Zygote Press, the Ohio Arts Council, and the City of Dresden. Text is set in foundry type, against a background printed from a wooden cutting board, the marks having been made in the process of making a woodcut map of the city of Dresden. The text is about the consumption of life, fulfilling itself through death. It is dedicated to David A Cornicelli, who died at age 36 in 1999. The first book in this edition of 20 will be burned in December 2019 to mark the 20th anniversary of his death. “Delivered by fire, somewhere in Ohio.”